Before we begin, please open a browser window and navigate to the Code Pen Site.

When the browser renders a page, it creates a rectangular box for each DOM element. This box is made up of the content (image, text, video, etc…), and optional padding, borders & margin. These boxes are than laidout on the page according to the styling rules that govern the DOM element. DOM elements are displayed as either block or inline. 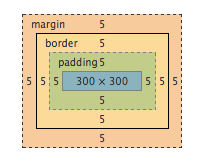 Lets talk about the types of DOM elements, and how they relate to the Box model.

A block element will take up the full width available for the line its on based on the width of its parent element. DOM elements before and after it are pushed to separate lines. Take a look at this codepen for some examples of blocks: http://codepen.io/mweppler/pen/psqhF 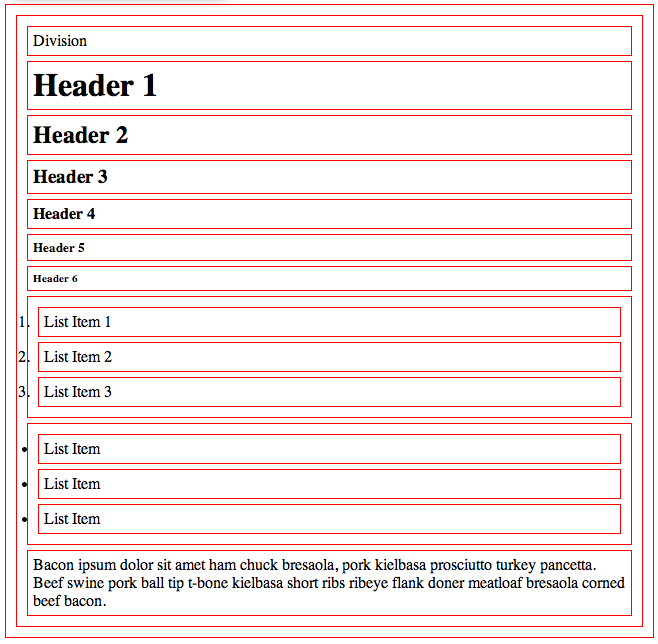 Inline elements take up as much width as they need and nothing more. They do not create any newlines and they stay in line with the rest of the DOM elements on that line. Take a look at this codepen for some examples of inline elements: http://codepen.io/mweppler/pen/Gqtky 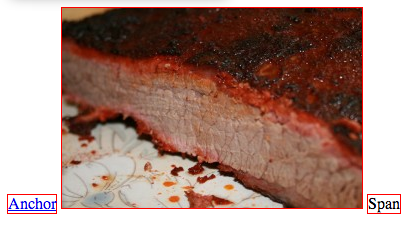 Lets take a look at some examples, open a new code pen and add the following:

You should see something that looks similar to the follow: 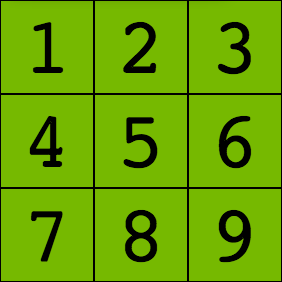 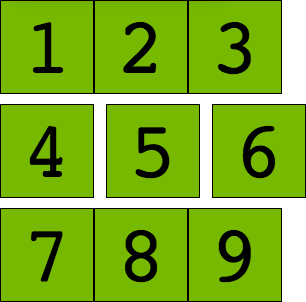 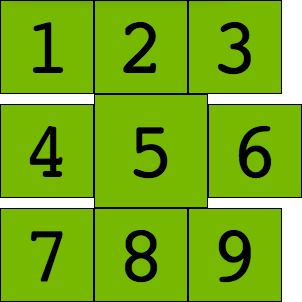 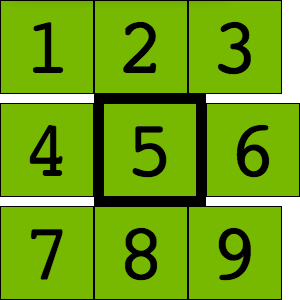 Lets see how margin and padding work with each other, remove the ‘border-10’ class and add ‘margin-10 padding-10’: 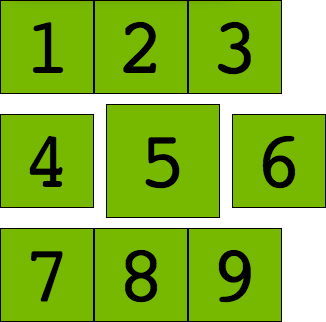 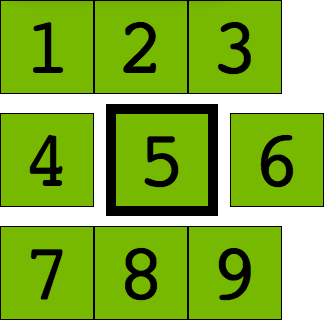 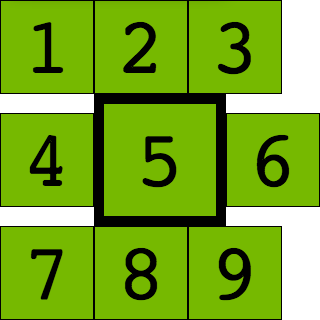 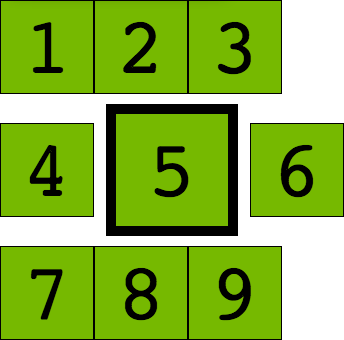 The display property allows you to override the default display settings of an element.

Now remove the ‘margin-10 padding-10 border-10’ classes from the 5th span element and add the ‘display-none’ class. You should see something similiar: 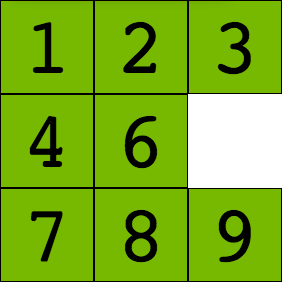 In order for width and margin properties to have an effect we need to add a display of inline-block to the element (note that negative values cannot be applied).

The visibility property allows you to hide the elements content, but does not remove the box from the layout/flow.

Now remove the display-none’ class from the 5th span and add ‘visible-hidden’. You should see something similiar to the following: 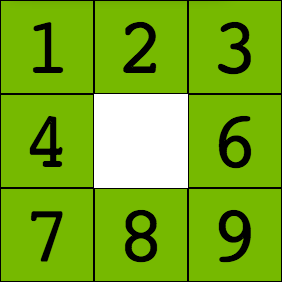 The height and width properties allow us to set the dimensions of the content area. You can set height & width using ems, percentages or pixels to name a few. Em values make the size the box relative to the current font size. Percentages make the size relative to its containing box. Pixels allow precise control over the box.

Lets wrap our spans in a div with a class of ‘container’:

Next add the following css:

You should see something similiar to the following: 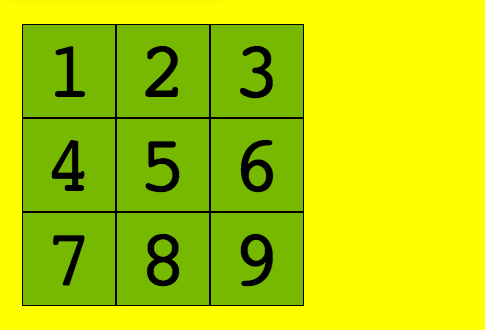 Notice how the yellow background takes up the entire width since a div is a block element. Lets give it a width of: 280px and a height of 100%

The div is not taking up 100 percent is it. In regards to the height property you cannot give an element a height that fills the parent element unless the parent element is given an explicit height itself. So we cannot, for example give a div a height of 100%, I mean we can but it will not have the effect you hope it will. What you need to do is give the containing element a height, in this case the body tag. So we add:

If we refresh the page we still don’t see the result we were hoping to see. That is because we also need to give the element that contains the body element a height as well. The html element, so we add:

Finally we see what we had hoped we’d see along.

Notice how the boxes are now overflowing. Add an ‘overflow’ property with a value of ‘hidden’ to the ‘container’ class. 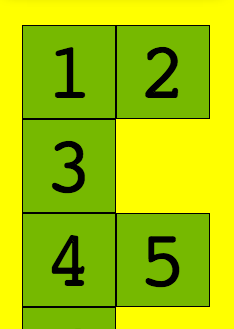 W3 states: A float is a box that is shifted to the left or right on the current line. The most interesting characteristic of a float (or a “floated” or “floating” box) is that content may flow along its side (or be prohibited from doing so by the ‘clear’ property). Content flows down the right side of a left-floated box and down the left side of a right-floated box.

Lets change our boxes implementation up a bit. Replace the html & css from the code pen with the following:

At first what you’ll see is something similar to the follow: 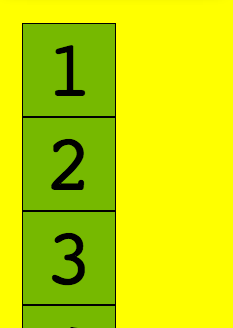 Since a div is a block element, each individual box is on its own line. Next, add the ‘float’ property with a value of ‘left’ to the ‘box’ class. You should see something similar to the following: 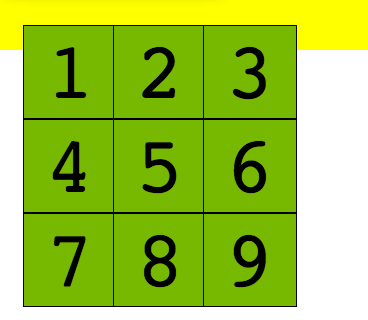 Lets break the clearfix hack down. Add the following css to the codepen:

This is inserting empty text before and after the content inside the ‘container’ div. Setting its ‘display’ property to ‘table’, causing it to act as a table element. Because were using this with the ‘:before’ pseudo element we use ‘table’ instead of ‘block’ to contain the top-margins of child elements. Since we are floating the boxes left I am adding a ‘clear: left;’ to the containers ‘:after’ content. This doesn’t allow floats on the left of it. 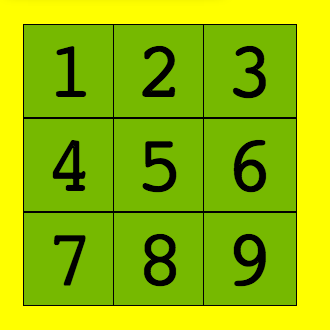 The position property positions an element in the layout based on an offset value.

Lets see them in action. Add the following to a code pen: 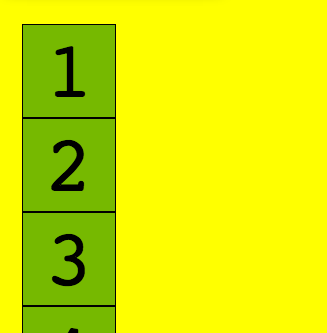 If we add a position of ‘static’ to the ‘box’ class we can see that nothing actually changes. This is because static is the default. Lets change that now from ‘static’ to ‘absolute’. They are not stacked one on top of the other. We can add a z-index to the ‘box-1’ class and will see that ‘box-1’ is now on the top of the stack. 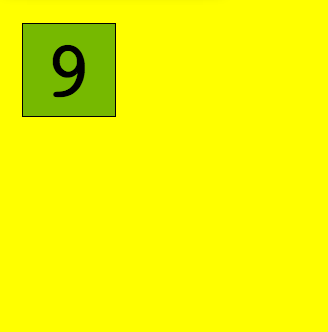 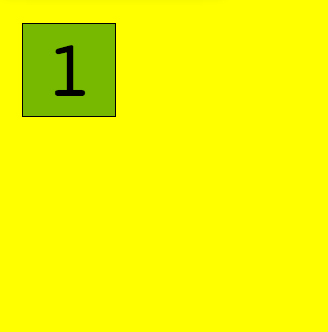 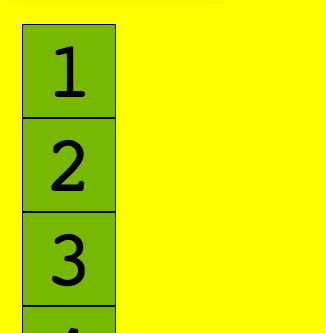 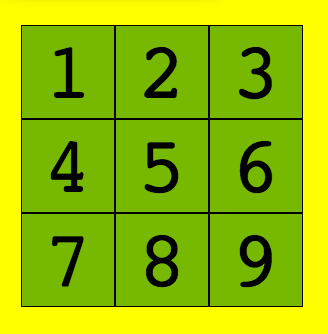 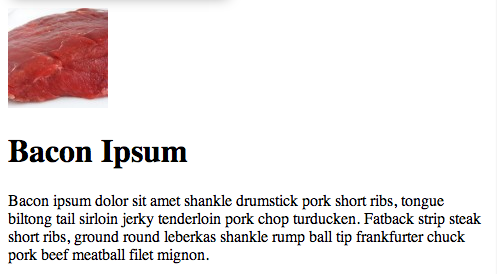 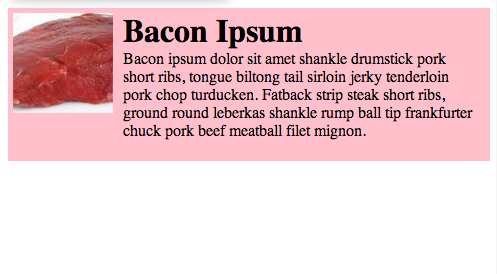